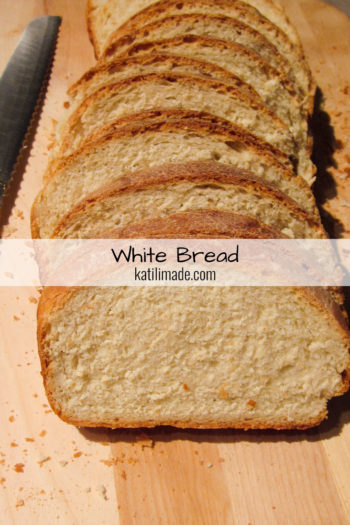 The first thing I made with my new KitchenAid mixer was a couple loaves of white bread! I used to have a breadmaker back in the day, but this was my first try making it (mostly) by hand. I needed an excuse to use the mixer (and I had just made cupcakes), and kneading by hand takes forever! Before I get into the bread though, here is my mixer in all her glory:

That, of course, is not her long-term home.. I had to move the crockpot and toaster to make room for the new boss in town!

Right, so I made white bread. I used a “cool rise” recipe, and wasn’t that impressed. I must have done something to annoy the yeast, because that bread just never rose the way I wanted it to, so I wound up with a really dense, heavy bread. It tasted really good though, and I had some bomb sammiches made from it.

I was shocked at how much the crust softens when the bread cools. It was rock hard when I pulled the bread out of the oven, I was worried that it wouldn’t be edible! When all was said and done though, I really liked the crust.

Next time I think I’ll do a standard warm-rise bread, and I’ll also not do a quick-activate yeast.. this recipe called for the yeast and water to just be tossed in with the flour, and I think it just didn’t activate right. Next time I’ll wake the yeasties up separate then add it to mix.

The other thing I’m working on is a wild yeast sourdough starter! I’m a little concerned that it’s not thriving, but I’ve learned a lot and even if I have to start over, I think I’m in a better place for my next attempt. That’s stuff for another post though, I’ll write some more up on it when I think this starter might survive. I’ve corrected the under-feedings, and still have hope for it.

I have to admit, though, that as cool as making bread by hand is, I really miss my old breadmaker. 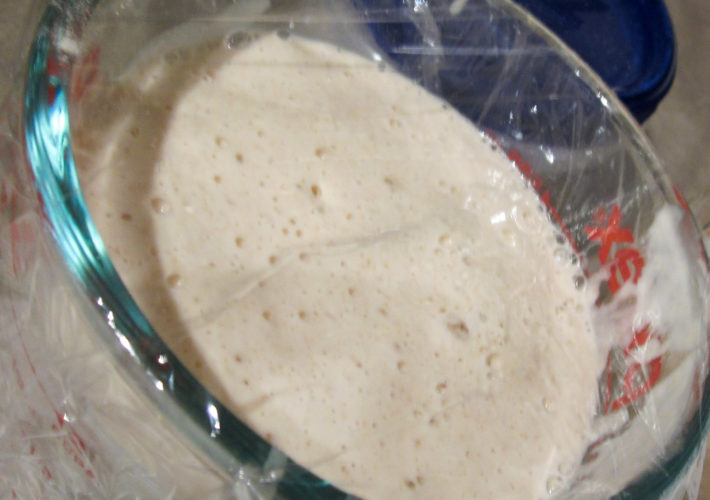 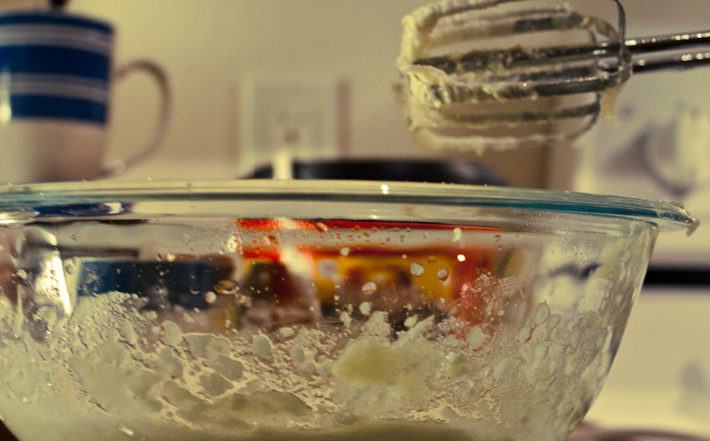